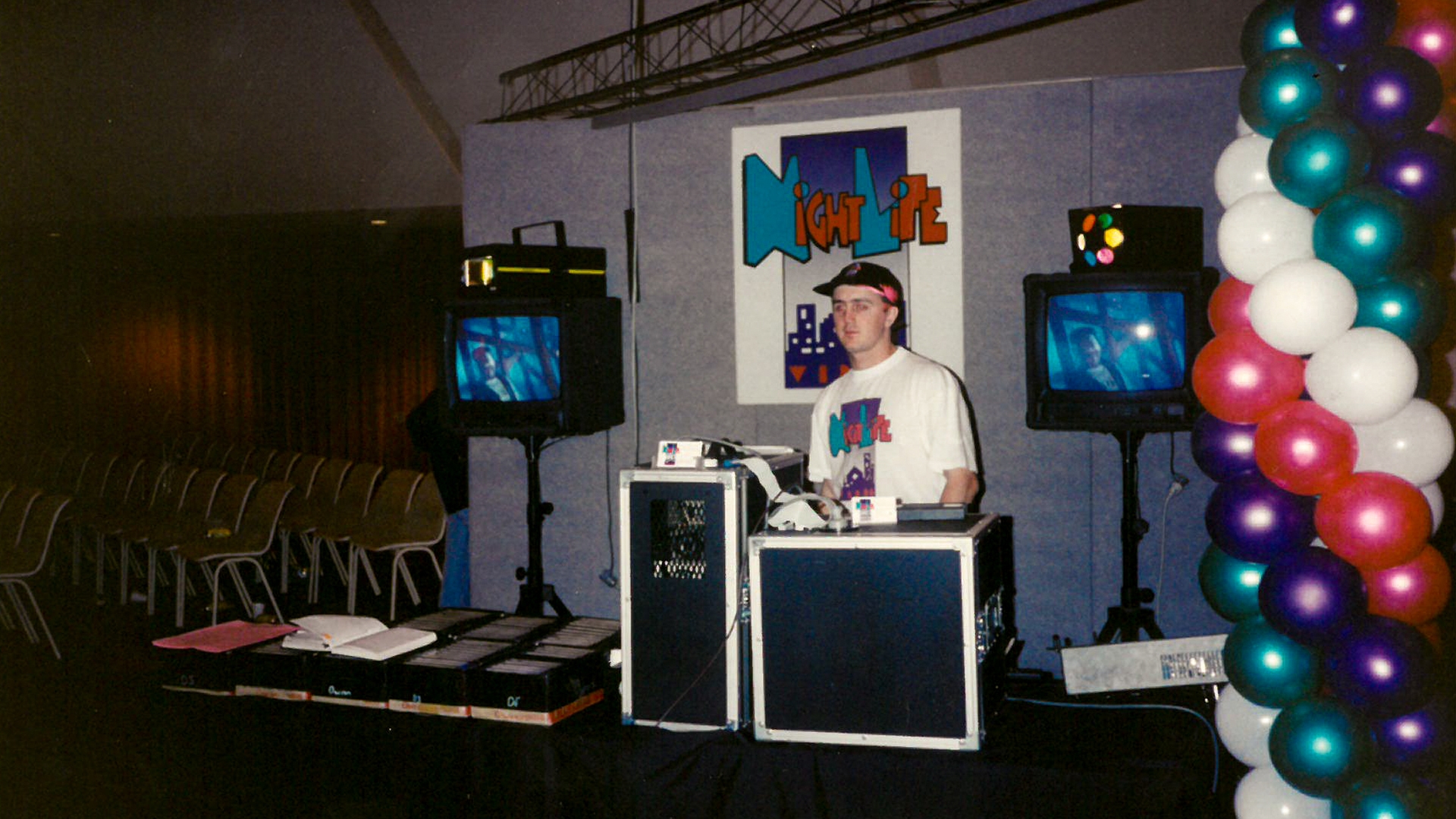 What keeps somebody in one job for 25 years?

Darren McBain is a father of three and has worked for the same business for 25 years. He lives a bit of a double life; every day he works with computers, technology and music for Australia’s largest music industry employer and then he drives home in silence to his farm out at Ironbark to a house with minimal technology.

His first job was as a vinyl DJ in nightclubs at Coffs Harbour. His schedule? Jump in the ocean for a swim or a surf at around 3pm, then head into town for a feed and a catch-up, start work at 10pm, finish at 7am then go home to bed and repeat it all again.

In his early 20s Darren decided to move to Brisbane and had to start again from the bottom. He did a mix of mobile and club DJing and started installing gear and AV equipment for Nightlife Music. While doing this he built up a good collection of equipment as well as a good relationship with our founders Tim de Souza and Mark and Vicki Brownlee. Eventually Mark and Tim bought his gear off him and he started working for Nightlife a bit more formally.

When he first got the job Darren’s Mum warned him that one day computers would take his job and he was helping that happen by building them. So far, she hasn’t been able to tell him ‘I told you so!’

“There’s definitely still a place for DJs – no computer could read a crowd like a person can.”

He says the changes are what has kept him here for so long. Darren has done everything from DJ and dispatch, to manufacturing, warehouse management and on-call tech support. Now he works in research and development and he’s seen it all come and go. The business now has 120 full-time staff and Darren is employee #3.

Darren comments “What we do now with tablets, smart devices, hardware and software is a breeze to configure and support compared to what we used to work with. I don’t have any nostalgia for the old days of VCRs and jukeboxes!”

Darren’s work life is completely different to his home life. On the farm the only technology he has is a TV, a laptop and a phone. No sound system, no smart speakers, no gaming consoles, no DJ decks. He keeps it simple and likes it that way.

About 15 years ago Darren bought the farm and the family has made it their own. He’s built sheds and owns livestock like horses, cows and pigs. He’s even made bacon and has been known to bring highly sought-after homemade jerky into work.

You can always count on technology to keep changing so we’re pretty sure that’ll keep Darren happy for a few years yet.

Advice from an intern: what I learned interning that I didn’t at uni

I’m Georgina and I’m studying a double degree in Biomedical Science and Business, majoring in Marketing. I bartend in a music venue, as well…

Happy people make for a happy workplace and greater productivity. That’s a fact, according to the latest research where lab tests from the University…

How to attract and keep a millennial workforce

Music whiz Renee Gardner has been programming songs at Nightlife Music for 12 years, just one of the 68 millennials (or Gen Y) this…