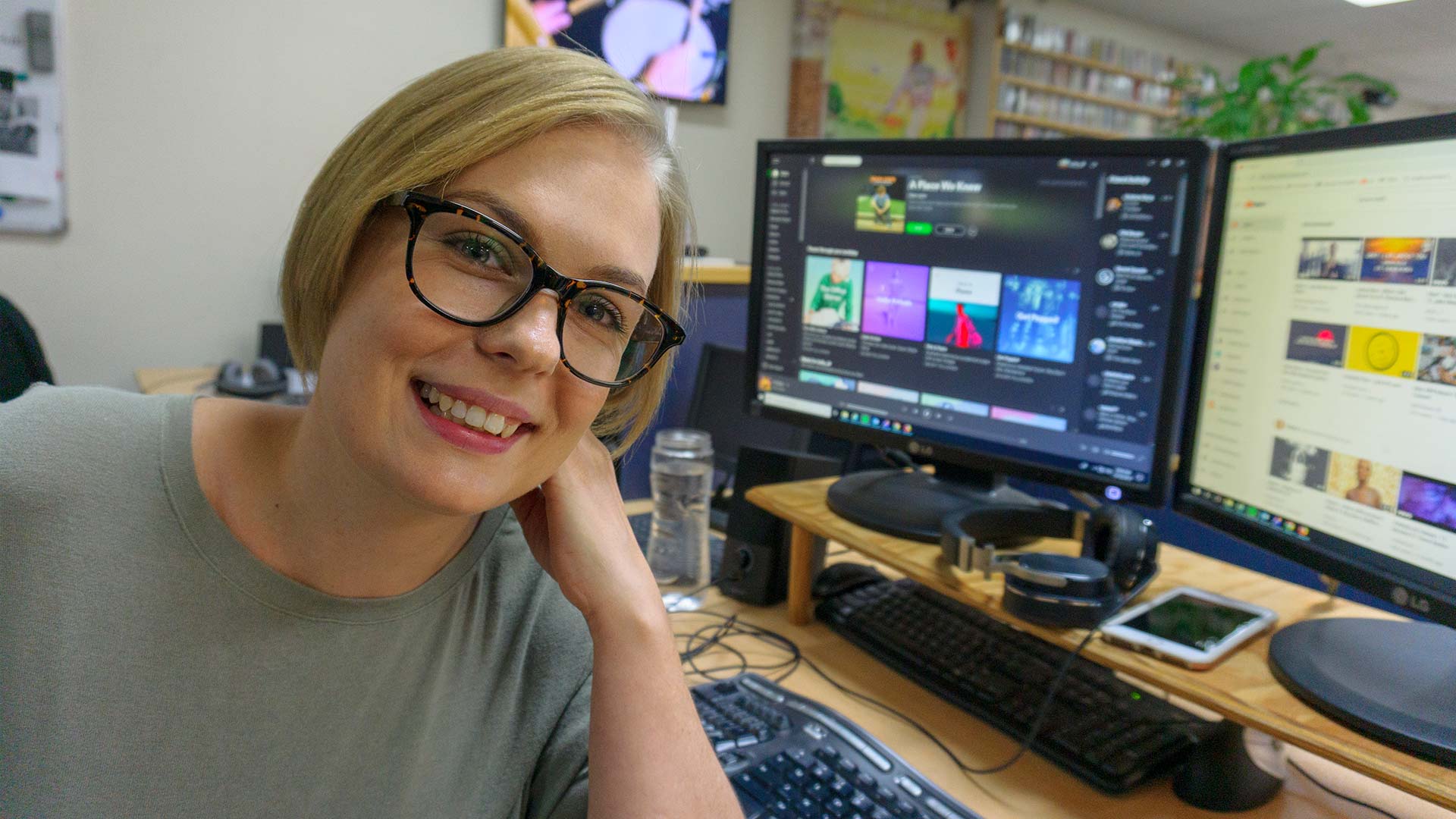 Sound check on retail; designing the music for ELLA

When leading music programmer Holly Wighton scored the job of designing the soundtrack to Melbourne’s newest precinct ELLA, where Elizabeth meets La Trobe, in GPT’s Melbourne Central, she wasn’t expecting it to be a career high.

But with the unique brief urging her to ‘push the boundaries’ and highlight local and even unearthed artists, Holly fashioned edgy, alternative music playlists that have a playfully rebellious undertone and are decibels from the retail mainstream.

“Retail typically plays it very safe, due to the broad demographic of people
moving through shopping centres from kids to nannas, so they use commercial
and super familiar music,” Holly said.

“Handed freedom to craft playlists that are outside the norm, I have been able to curate a list of indie artists, who were born in Melbourne or are based there now; artists like The Teskey Brothers and G Flip.

“I’ve also snuck in a few Kylie Minogue tracks but the cooler ones like Slow and
Where the Wild Roses Grow,” Holly said.

“It’s a really special playlist of musicians that are part of the local neighbourhood, which makes it more personalised. We are spoiled for choice with talent in Melbourne.”

The experienced music programmer has been with Nightlife Music, Australia’s
leading commercial music subscription service, for almost a decade customising content to match brands across industries from hospitality to leisure.

Holly said not only have the designers of ELLA been bold but visionary, factoring in 18 hours of music a day to the fit-out for a full sensory experience.

“Shopping precincts and centres tend to have bad acoustics with high ceilings,
flat surfaces and annoying echoes. “But ELLA is the exact opposite,’ she said.

“It has been acoustically treated and is experimenting with some of Nightlife’s
‘loud’ lists, different styles of music and even leaving the restricted filter off as
much as possible, which is quite rebellious.”

All that’s great about Melbourne

ELLA’s Development Manager, Stuart MacLeod-Smith, said there was no
question as to the inclusion of a progressive music selection at ELLA.

“ELLA is designed to represent all that is great about Melbourne, and music is a
huge part of that. We know Melburnians love music, almost as much as they love good food and wine, so positioning it at the core of ELLA was essential. We want the space to be an intimate place for locals and visitors to meet and enjoy
Melbourne life away from the hustle and bustle of the CBD streets, while still being surrounded by the cultural elements that make this city so fantastic.”

It’s not the first time Nightlife has been involved with Australia’s highest-ranking shopping centre.

“crowdDJ® is going to be very important here, with the kiosk recessed into a custom-designed, community wall and highlighted so that customers know they can choose the music when they are dining or shopping there,” Holly said.

“This has truly been one of my favourite projects to work on. I can’t wait to see and hear it.

“Not to mention I’m also from Melbourne and lived a few blocks from ELLA for more than three years so it’s somewhere I feel pretty attached to.”