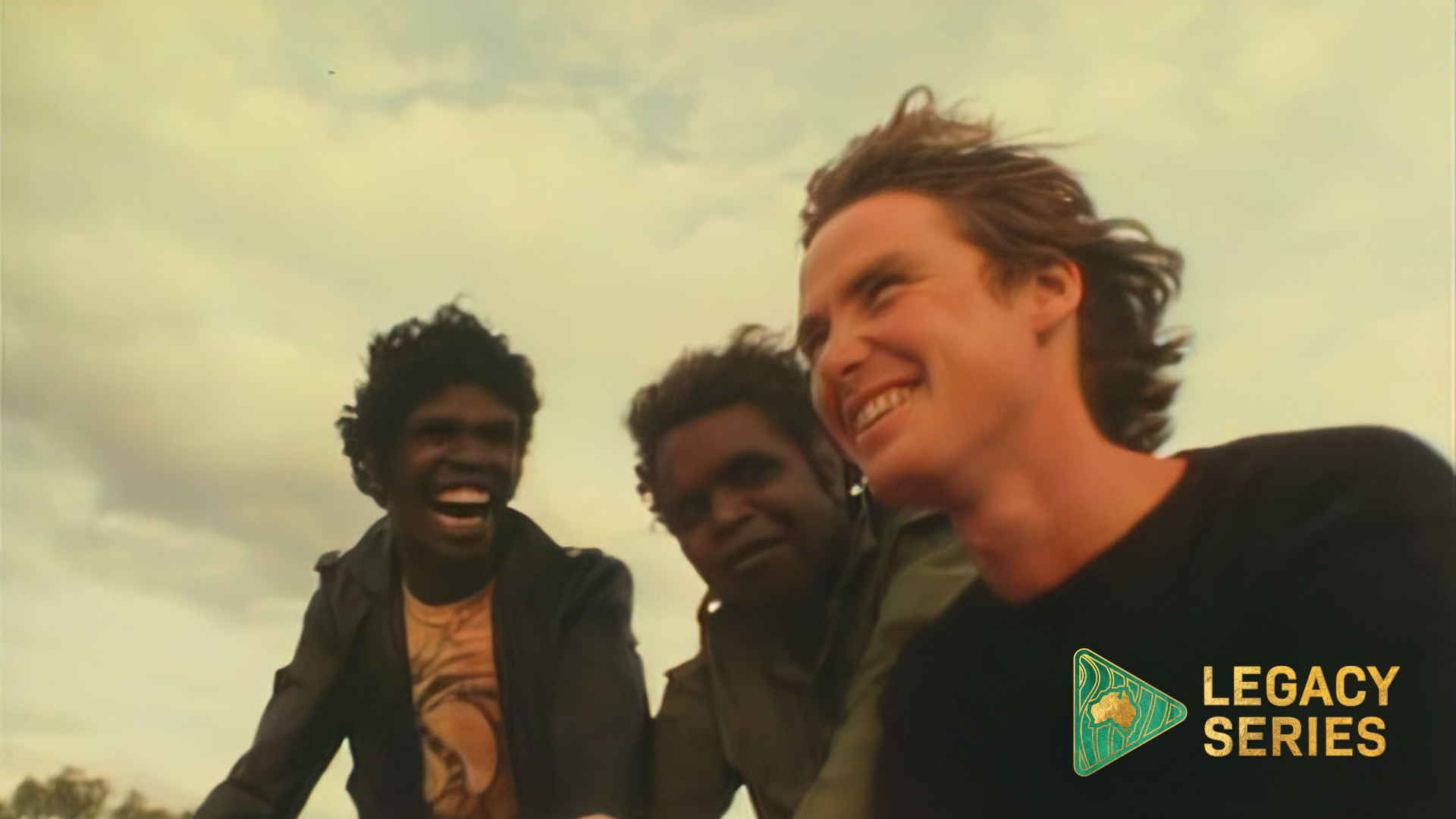 Nightlife would like to acknowledge and pay respect to the Elders past and present, to those who have passed before us and to the members of the Aboriginal and Torres Strait Islander community who have long been creators of music in this land.

The Warumpi Band was a First Nations pub rock phenomenon.

Following the release of ‘Warumpi Rock: Papunya Sessions 1982’, a collection of the earliest known recordings by the band, Nightlife is making their iconic content available to venues across Australia.

From a popular debut single sung in Luritja language, to writing music about connection to country with ‘My Island Home’, the story of this band is an important part of Australian music history.

Their sound captured the character and culture of the red desert, bringing First Nations people, their stories, and their lived experiences to the forefront of the Aussie music landscape in the late 80s.

Now Available On Nightlife And crowdDJ®

Several songs and accompanying music videos from the Warumpi Band are now available to discover on your Nightlife system or crowdDJ®.

You can add music like ‘Jailanguru Pakarnu’ into the mix and hear frontman George Burarrwanga singing in Luritja language to a rock ‘n’ roll backing track, while visuals of the band members racing in a ute across central Australia play on screens.

Also available are other memorable releases from Warumpi Band, including ‘Blackfella/Whitefella’, ‘From The Bush’ and ‘Cold Weather’.

How We’re Able To Make These Important Tracks Available

Adding the story of central Australia that the Warumpi Band captured to Nightlife systems has been an ongoing project for our team.

“This content highlights a compelling part of the Australian pub rock era, one that we absolutely need to keep alive and well,” explains Production Team Lead, Maurice Powell.

“Long before international artists found their place on our airwaves and screens, these guys were taking parts of our country’s identity many had never even heard of and making it mainstream.”

Maurice’s role has been to review and re-master the Warumpi Band’s music and videos, ensuring both are available at the best possible quality in Nightlife.

Acting as a key coordinator in the sourcing and acquisition of this content is Emily Nicol, a First Nations media professional and Curator of the Blak Australia playlist on Spotify.

Originally enlisted to help our team prepare a First Nations showcase for the Australian Pavilion at Expo 2020 Dubai, Emily’s knowledge has expanded the quality of this genre in our music library.

“No list of First Nations music would be complete without the Warumpi Band. Time has been no match for their sound, which stands up today as some of the best rock n’ roll to come out of this country; raw, anthemic and transportive,” she says.

“Their video clips hold equal value, offering a glimpse into their Country and not to mention the legendary live performances of charismatic front man, the late George Rrurrambu Burarrwanga.”

“I’m thrilled to know that through Nightlife, these cultural icons will be seen across the country and discovered by new audiences”

The Result? A Timely First Nations Showcase Of The Pub Rock Variety

The writing about Australia, the landscape captured in music videos and the First Nations stories told are what make this content an exciting addition to Nightlife systems.

Not only is the band’s sound from a golden era of Australian music, but it also is one that educates listeners on First Nations life and culture in Australia throughout the 80s and 90s.

Beyond this, the juxtaposition of music videos of central Australia in its heyday on screens in 21st-century pubs and restaurants is also fascinating to experience.

“Business owners, staff and customers are all able to see the actual context of where the Warumpi Band’s music comes from,” says Matthew. “To offer that to venues and bring this great music into such modern environments is something we’re really excited to be doing.”

Our Legacy series is dedicated to celebrating the rich heritage of the Australian music industry and giving clients a glimpse into the library of local music and content they can access on Nightlife.

An Immersive World Experience, Set In Dubai Nightlife Music was the key entertainment partner of the Department of Foreign Affairs and Trade (DFAT) for…

All The Action at A Venue Near You

Patrons can’t get to a match, but some can get to their local. Why not watch all the highlights with AFL TV on Nightlife.…