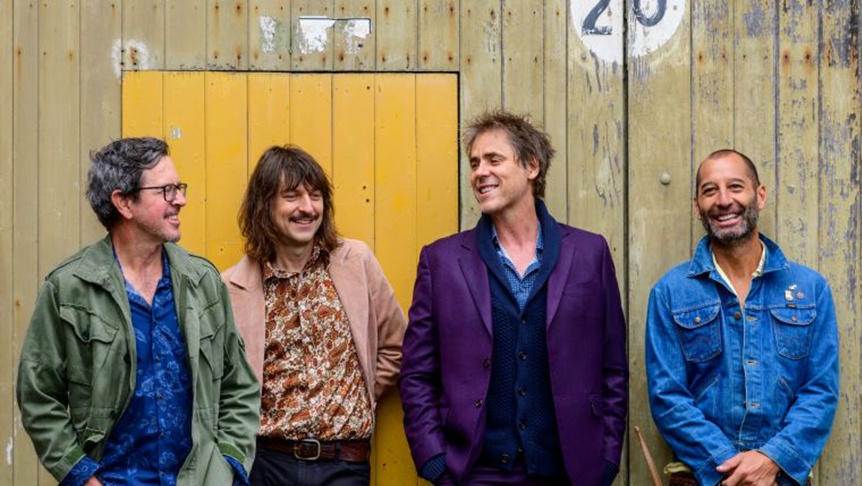 The Whitlams – Artist of the Month

Added to Nightlife rotation and available for crowdDJ’s to choose across the globe is The Whitlams‘ latest “(You’re Making Me Feel Like I’m) 50 Again”, out now! 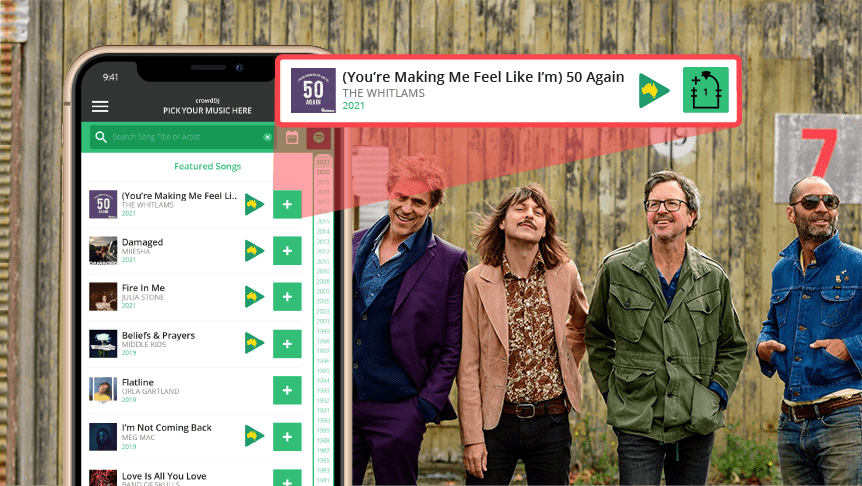 The Whitlams’ new single from their forthcoming album is the rollicking three-minute reflection on life and love that will shave years off your age. From the playful Van Halen keyboard stabs and the 70s guitar hooks, to the chorus lyrics, this is The Whitlams at their rocking and playful best.

They are known for their hugely successful ballads but The Whitlams also have a high-energy side which has made them one of Australia’s most successful live acts. The upcoming 46 show national tour in August and September, Gaffage and Clink – a tribute to audio mixer and tour manager Greg Weaver – is nearly sold out and will feature many of their new tracks.

“(You’re Making Me Feel Like I’m) 50 Again” immediately takes its place next to their light-hearted, feel-good classics “I Make Hamburgers”, “Thank You (for loving me at my worst)” and “You Sound Like Louis Burdett”. Whimsy, with romance and cynicism included, of course.

The Whitlams are one of Australia’s pioneering independent bands, and Nightlife proudly supports local artists through our #AustralianPlayed initiative. Each track is marked with an ‘Australian Played’ icon, encouraging consumers to pick and play local artists.

For lead singer and keyboardist, Tim Freedman, home is mostly Sydney’s Inner West which themes the background for many of The Whitlams’ tracks – the perfect fit for local pub scenes. Freedman even had to make sure his local, the Coopers Hotel Newtown, had crowdDJ® activated to pick “(You’re Making Me Feel Like I’m) 50 Again” when out and about!

The track was recorded in Byron Bay and Sydney by Daniel Denholm (“Blow Up the Pokies”) and mixed in Austin, Texas by Tim Palmer. Check the official music video out here:

Stream the Single on Spotify now!