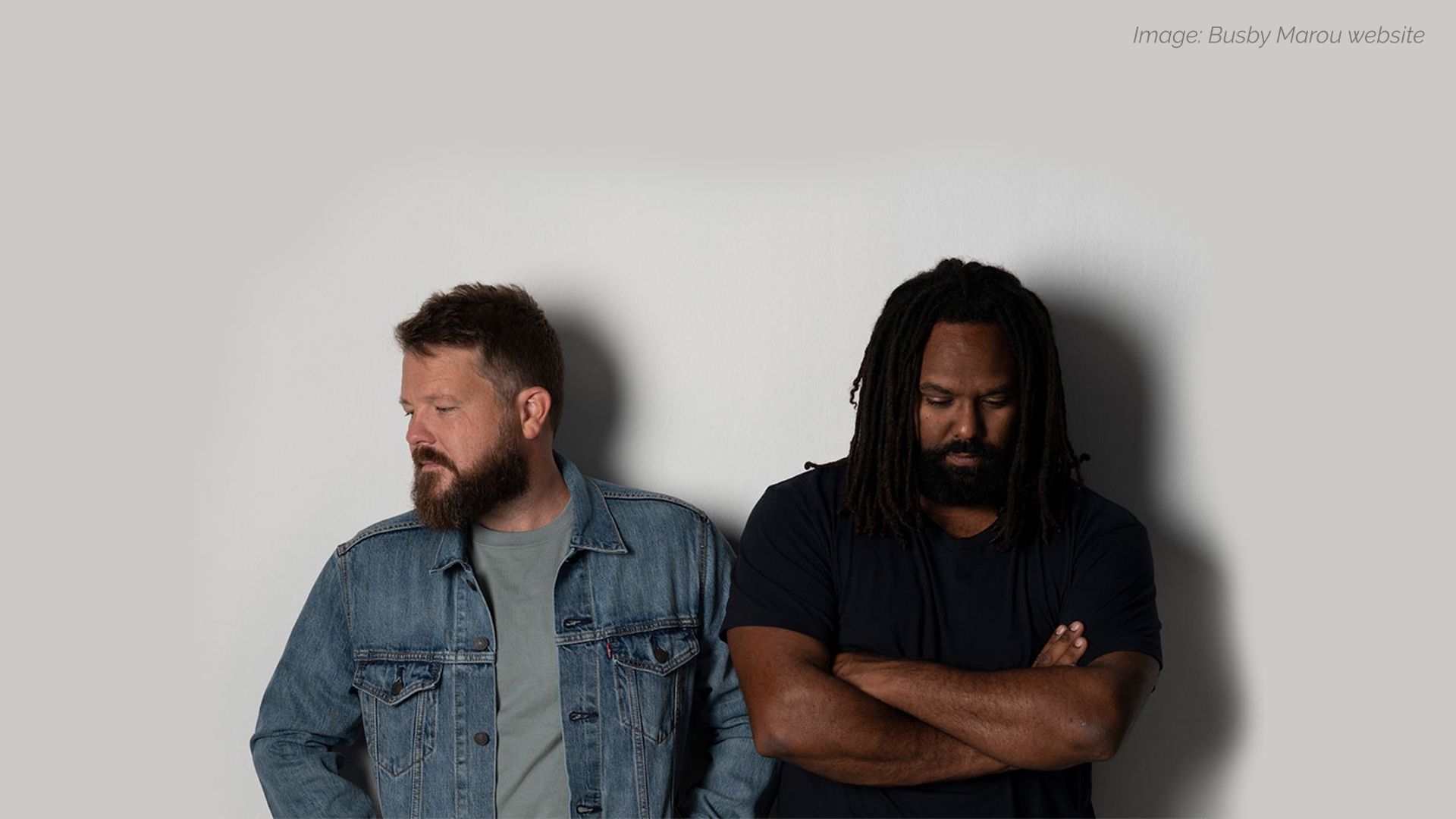 Busby Marou – artist of the month

Busby Marou have just released their 4th album, titled ‘The Great Divide’. The album focuses on brotherhood, family and personal growth, with the lead single ‘Over Drinking Over You’ receiving significant national radio airplay.

Formed in Rockhampton in 2007, the duo of Tom Busby and Jeremy Marou have gone on to win awards at The Deadlys and the APRA Awards, as well as landing a number 1 album on the ARIA charts.

Whilst working on the new album with producer Oscar Dawson of Holy Holy, the duo realised that their cultural differences (Jeremy Marou is of Torres Strait Islander heritage) were, in fact, one of the band’s greatest’s strengths.

In a recent interview with Music Feeds, Tom Busby said: “He used to pull me one way, I’d pull him the other. I was more of a triple j, indie kind of cool dude. Once I let go of that and realised that our sound combined created the Busby Marou sound, it was just easier to write for us. It made sense, we both love to create.”

Busby Marou will be joined by a full live band for a 13-date national tour kicking off in Brisbane on October 25th, supported by Bobby Alu.

Listen to Busby Marou on Spotify.

Previous artist of the month: Tones And I