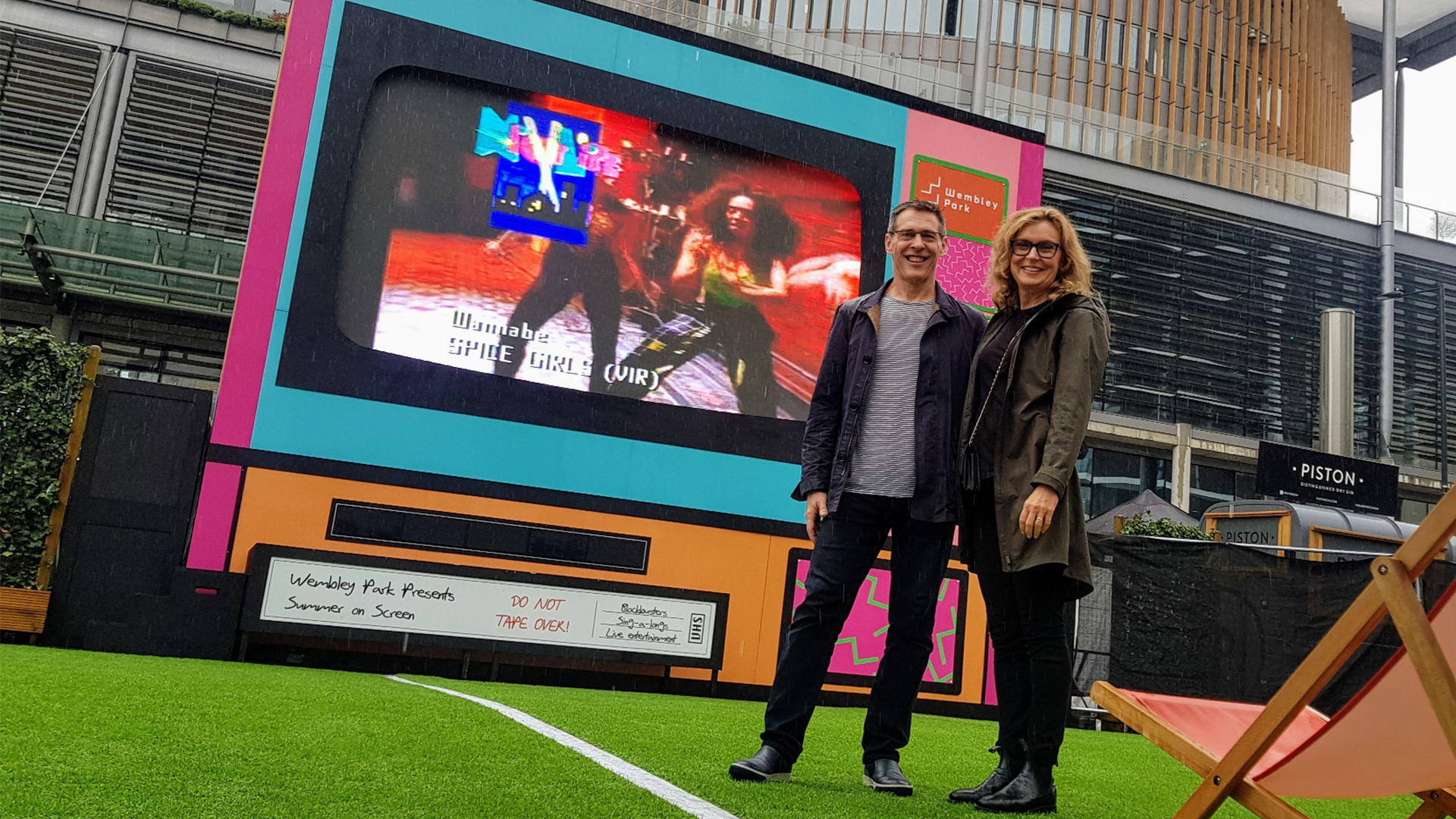 Music sizzles over summer at Wembley

It’s been a hot, hot summer in the UK and we like to think crowdDJ at Wembley Park has played its part!

There were over 112 hours of songs chosen by live music fans around major international gigs at Wembley Stadium. Fans of P!NK, Billy Joel, Eagles and Spice Girls collectively voted for tunes from their seats with the resulting top genres being radio, pop and dance.

Punters (including Nightlife directors Mark Brownlee and Vicki Brownlee pictured) chose almost 1400 different songs to play out across the plaza, with the corresponding music video playing on a giant screen fitted out to look like a retro TV.

Here’s the top 25 songs based on fan votes across the Summer Series: