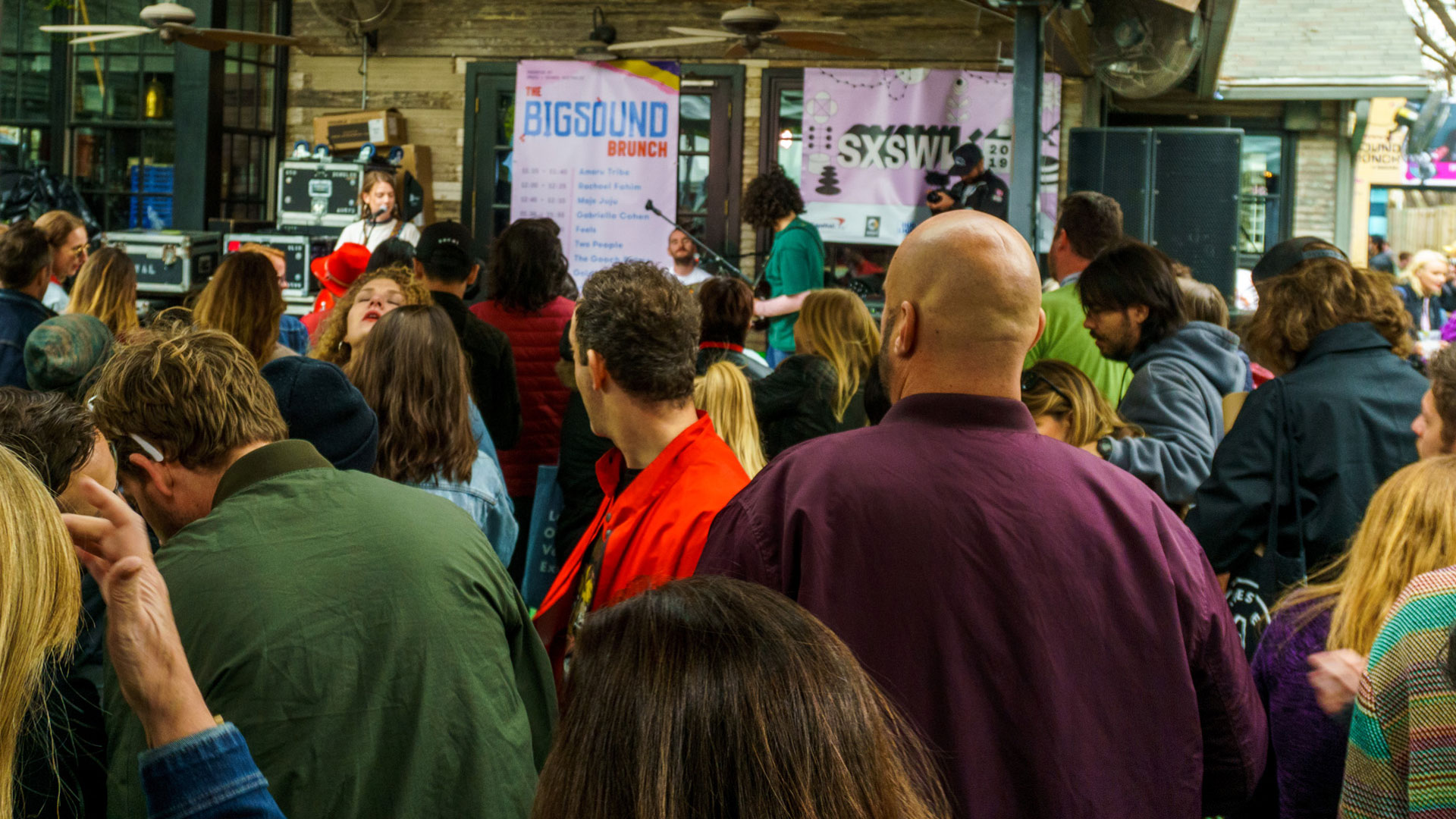 As Zoolander might say, Australian music is so hot right now. At SXSW 2019 we saw this first hand as stars of food, fashion, culture, health and music flocked to Australia House with Nightlife Music turning up the heat to showcase Aussie artists.

As an example of the nation’s talent, Melbourne singer-songwriter Angie McMahon was awarded the highly coveted 2019 SXSW Grulke Prize for a Developing Non-US Act. The prize is named after the festival’s late creative director Brent Grulke and is presented to acts breaking new ground with their work.

Australia House played host to Australian musicians, panels and discussions on everything from mindfulness, bitcoin and virtual reality and the famous Aussie BBQ party and was run by G’Day USA and Sounds Australia.

Our crowdDJ Kiosk was choc-a-block with Aussie tunes as well. Over the course of SXSW, over 419 songs were chosen by punters, with the most popular being dancey electronic track ‘Pop Roll Flow’ by Sydney producer and vocalist CLYPSO.

Enjoy some pics from our time in Austin!