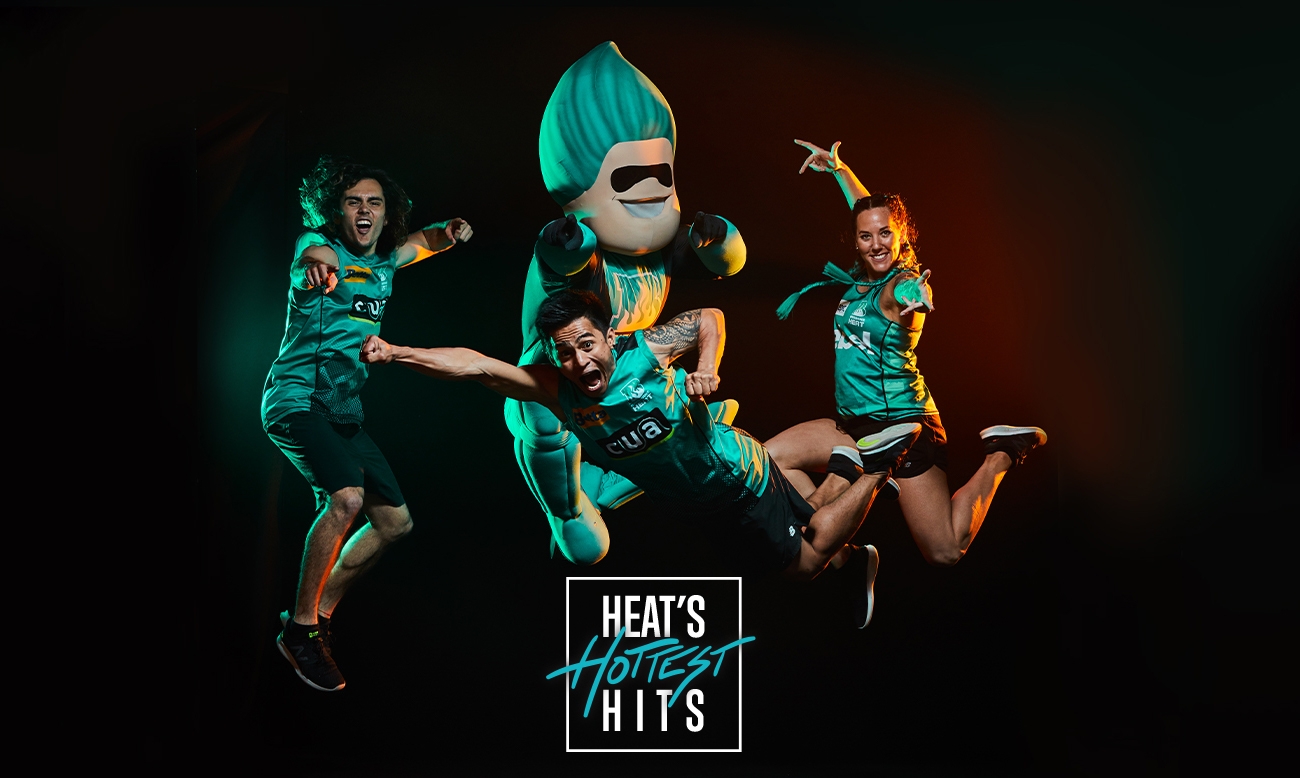 The Brisbane Heat is all about entertainment and the franchise has taken that further releasing a ‘Hottest Hits Top 50’ music playlist as chosen by its fans throughout all 7 home games of the BBL season.

While skipper Chris Lynn (wearing number #50) and his team were battling it out on the pitch another contest was taking place on the concourse at the Gabba and Metricon stadiums.

A fan fight to get their favourite tracks played before the action on field amped up.

The Heat faithful voted an incredible 21,299 times throughout the BBL 18/19 season using the crowdDJ® app on their phones or kiosks around the stadium, with over 3,084 unique songs selected for playback, spread across the two Queensland home stadiums.

This year Daryl Braithwaite’s ‘The Horses’, the number one pick for the 17/18 season was relegated to ninth place with a new chart topper announced.

Post Malone led the charge, his song ‘Sunflower’ with Swae Lee (from the animated film ‘Spiderman: Into the Spider-Verse’) was the most played track. The film connection was also evident in the popularity of Queen’s ‘Bohemian Rhapsody’ at #4, following the Queen biopic of the same name being released in November.

As expected, the family atmosphere of Twenty20 cricket flowed through to the music choices, and Aussie acts weren’t forgotten either – Fisher, Slumberjack & Machine Age, AC/DC and Daryl Braithwaite all made it into the starting eleven.

A good old Rickroll never goes astray and thanks to a cheeky Ben Cutting cameo, ‘Never Gonna Give You Up’ by Rick Astley was the #8 most played song while the honour of 12th man went to Marshmello f/Bastille with ‘Happier’.

Music knows no bounds and songs from John Denver’s ‘Take Me Home, Country Roads’ to ‘Dreadlock Holiday’ by 10CC and Hockey Dad’s ‘Sweet Release’ all got their moment in the crease.

While the Heat numbers didn’t stack up for a finals berth, song votes increased by 36% from the previous season.

Here’s to another year of epic Twenty20 cricket and cracking tunes to get you bouncing! Listen to the Brisbane Heat Top 50 Huge Hits here.