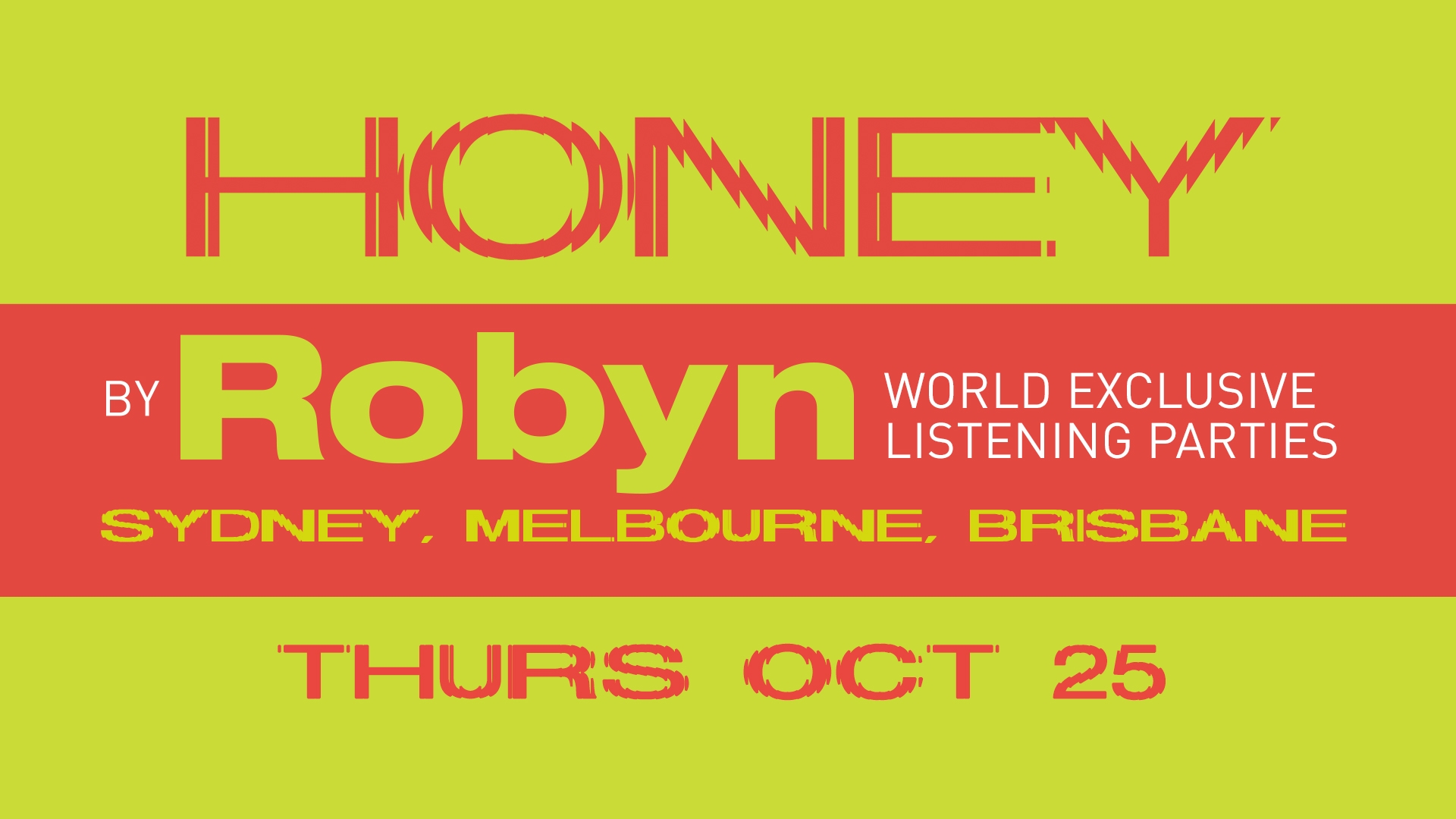 Swedish pop sensation Robyn will release her first solo album in eight years, Honey, on Friday October 26. In a world exclusive, Australian fans will have the opportunity to hear the highly anticipated album in full, first on Thursday October 25.

Across five studio albums and a career spanning twenty-three years, Robyn has accumulated four UK top ten singles, five GRAMMY nominations, hundreds of millions of streams, and created some of the most memorable songs of the past two decades, including ‘Dancing On My Own,’ ‘Call Your Girlfriend’, ‘Hang With Me’ and the #1 ‘With Every Heartbeat.’

Robyn was last in Australia ten years ago at the 2008 V Festival, but she has maintained her committed fan base with two appearances in the triple j Hottest 100 in 2015.

“Robyn is such an extraordinary artist and we are so proud to be working with her and to present her new album as a first in Australia – it’s thrilling,” said Mr Cosby.

Phil Brown, General Manager of Partnerships at Nightlife Music said the venues participating in the ground-breaking event will be able to offer their customers a one-off-money-can’t buy experience.

“It’s a triumph for Nightlife to be part of Robyn’s global sneak-peek party as selected venues and their clients will be among the first in the world to hear Honey,” Mr Brown said.

“Our technology means we can partner with music companies like Inertia to offer unrivalled fan experiences,” he said.

“We will be providing the platform for the Robyn parties through our entertainment platform and award winning crowdDJ innovation, which the three venues have already adopted.”

Phil Brown said the Robyn party would continue after the album with Nightlife’s crowdDJ allowing fans to listen and choose their favourite Robyn songs.

“Not only will we be featuring the full album Honey but all her back catalogue as well,” he said. “It really is a Robyn party.”