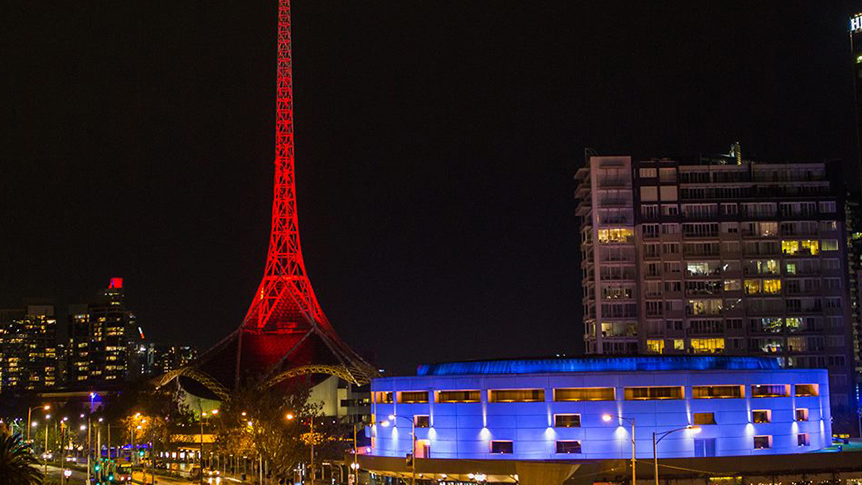 White Night lights up with crowdDJ

Iconic songs from the Australian Music Vault were brought to life at Melbourne’s White Night. The annual event sees thousands of people roam the streets for one night only; to take in (and take part in) over 100 installations and performances throughout the city.

Working alongside the Australian Music Vault and Arts Centre Melbourne, crowdDJ was the concept which drove conversation at the High Vaultage event.  From 7pm to 7am, the audience was encouraged to vote for their favourite Aussie songs. This was gamified through a Live Voting slide showing the top 3 songs; whereby votes would then pile in to see who could get their tune to play next. The music triggered a light show on the Spire; and the Music Video for the track was played on a giant screen for all to see.

Over the 12 hours of the event, there was a total of 3450 votes! 238 songs were played from artists such as INXS, Sia, Kylie, Tash Sultana, Nick Cave, Vance Joy, AC/DC, Paul Kelly, Flume and Tame Impala. Not surprising given his renaissance of late, ARIA Hall of Fame 2017 inductee Daryl Braithwaite was the most requested artist with the classic sing-along ‘The Horses’.

The night was a great success – punters were still dancing until close at 7am!