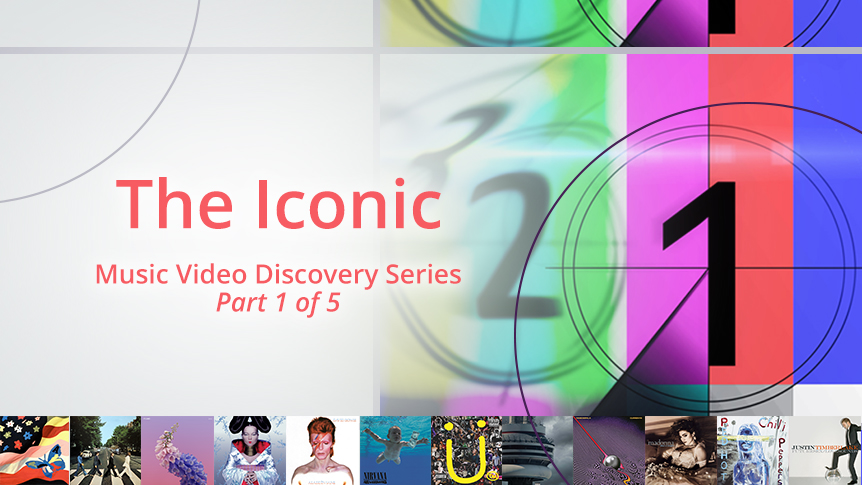 Nightlife Music has contributed to the CLIPPED Exhibition by curating an incredible selection of content via distinct ‘Discovery Lists’ of iconic, industry-shaping and critically acclaimed music videos. It includes works by now-renowned film directors who got their start in the industry through music videos, such as David Fincher, Spike Jonze, Michel Gondry, and Jean-Pierre Jeunet & Marc Caro. CLIPPED Festival Panellists are also featured front-and-centre. Such as director Nigel Dick who has produced countless award-winning music videos for global artists including Guns n’ Roses, Cher and Britney Spears.

In a new and exciting blog series, we will showcase various lists in a five part feature. Including the best recognised clips, and favourites from the CLIPPED competition. As part 1 of this discovery series, rediscover The Iconic by reading on…

When the videos take on a life of their own

If a picture paints a thousand words, a music video paints millions. These seminal videos went beyond being merely a visual representation of a song. Establishing themselves as definitive pop culture currency whilst creating truly iconic moments through distinctive stylistic choices, mesmerizing dance moves and spectacular imagery.

Rediscover the videos that not only became symbolic of the artists behind the music, but also push the boundaries of visual effects, filmmaking in general and have influenced everything from fashion to social movements.

The Buggles Video Killed The Radio Star, 1979
Director: Russell Mulcahy
Culturally significant in many ways. Being the first-ever music video shown on MTV in the United States at 12:01am on 1 August 1981. With the song’s central message also signalling the dawn of the age of the music video.

Weezer Buddy Holly, 1994
Director: Spike Jonze
Technically brilliant in its own right, the video suddenly skyrocketed in popularity after its initial release. Finding its way onto millions of PCs when it came pre-installed with Microsoft’s Windows 95 operating system.

OK Go Here It Goes Again, 2006
Director: Trish Sie
After 17 attempts, OK Go finally managed to get their now-famous treadmill dance nailed down in one continuous take. It also secured the crown for the first truly viral video racking up more than 50 million views. Whilst a pre-Google YouTube was still considered an Internet novelty.

David Bowie Lazarus, 2016
Director: Johan Renck
Released on his 69th birthday and just two days before his death, this was a carefully-orchestrated farewell to his fans. It features Bowie in a hospital bed with buttons for eyes, and finishes with him retreating into a dark closet. “Look up here, I’m in Heaven!”

Queen Bohemian Rhapsody, 1975
Director: Bruce Gowers
Rolling Stone: “It’s influence cannot be overstated. Practically inventing the music video seven years before MTV went on the air.” It was only after its success that it became regular practice for record companies to produce promotional videos for artists’ single releases.